The 60th Anniversary of The Jetsons:
Resources 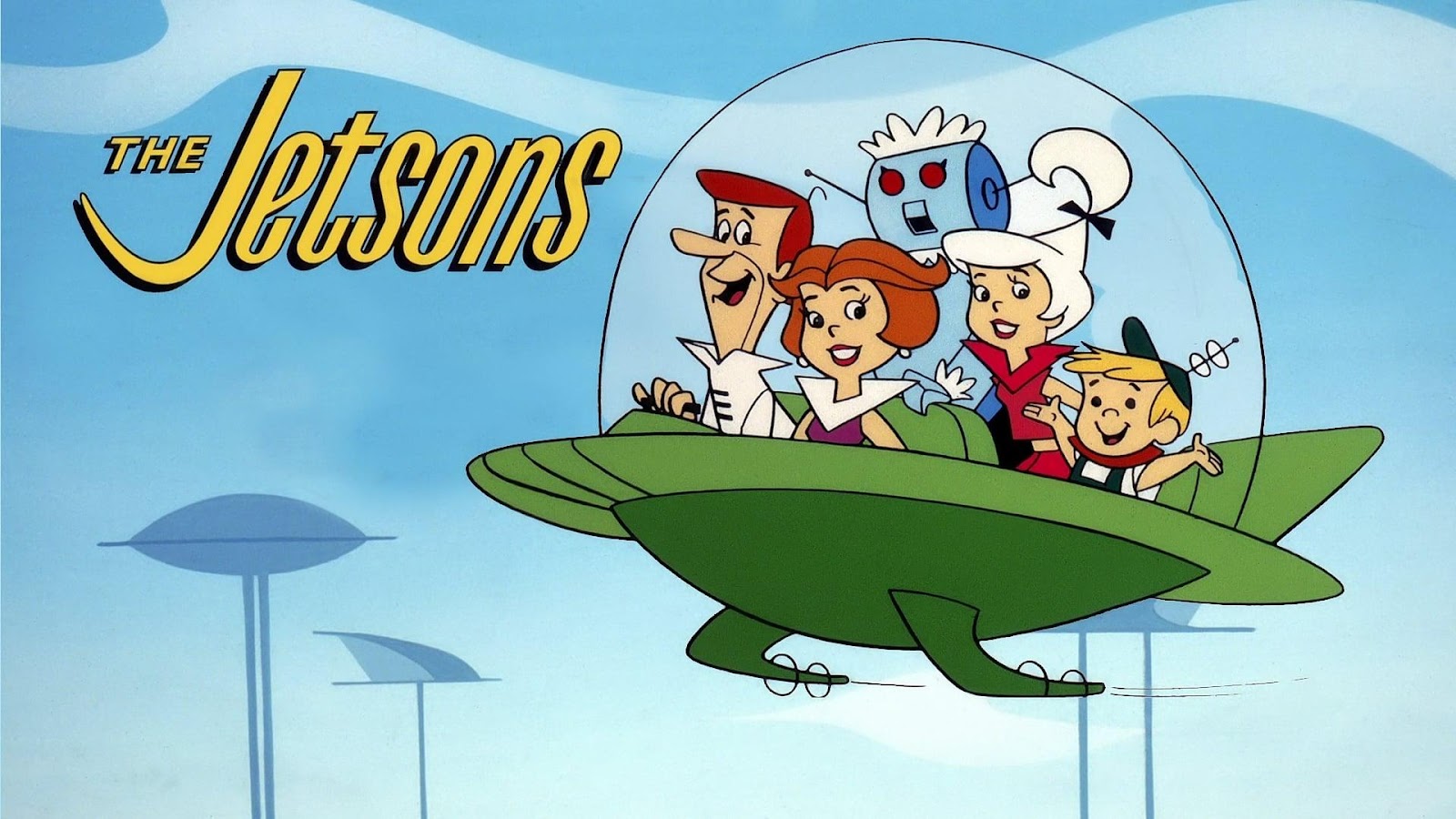 How a ’60s Cartoon Classic Predicted the Future and Automation

Those who have played Scrabble are most likely to also remember The Jetsons, a beloved and popular animation series in the US that debuted 60 years ago this week, on September 23, 1962. The space-age storylines were centered around the comical misadventures of a futuristic family, known as The Jetsons, who lived in the sky-high Skypad Apartments in a space town called Orbit City, set 100 years in the future, in 2062.

Does this bring back fond memories? If it does, then keep reading.

Technology of ‘The Future’

In my own mind as a child, the number of shows in the series were endless. In reality, the show was only a surprisingly short-lived 24 episodes, airing prime-time on Sunday nights through March 3, 1963. Forty-one new episodes were later released specifically for syndication in 1985 and 10 additional in 1987, followed by six television specials and full-length film adaptations from 1987 through 2017. I tuned into the show’s reruns, which continue to air to this day.

Episodes centered around The Jetsons family and their everyday quirky living in 2062, including entertaining moments such as George accidentally wearing a flying suit mistakenly picked up from a dry cleaner, Rosie falling in love with another robot, Mr. Spacely using an experimental spot-remover spray with an unknown side-effect of making people invisible, and a TV producer selecting Elroy and Astro to star in Space Boy Zoom and His Dog Astro.

But this science fiction sitcom did more than just bring smiles and laughs to many of us viewers, who oftentimes sat in front and center of our TVs with our eyes glued to the screens, in awe of the show’s fun peek into a fictitious future. It did something bigger. In reality, it actually did foresee our future, in more ways than one, and the prediction of automation.

In The Jetsons, everything is technologically advanced and automated. Even in the opening titles, with has a theme song many know by heart, George Jetson zooms through Orbit City in his flying car with a push of a button, dropping each family member off via individual bubble top flying saucers before landing and folding up his car into a briefcase. Pretty cool, right?

While these have not come to fruition, it’s still not yet 2062, so there is still plenty of time left.

In addition to the numerous push-button, space age-envisioned conveniences and smart home technology depicted in the animated series, also accurately predicted were the future automated processes carried out by artificial intelligence (AI), such as the show’s all-knowing computer called RUDI, short for Referential Universal Digital Indexer and comparable to Amazon’s Alexa and Apple’s Siri that can be programmed for autonomous events and activities; “Mac,” the Skypad Caretaker’s robot assistant and claiming the name 20 years before the “other” Mac by Apple; Rosie’s robotic vacuum cleaner, decades before the iRobot Roomba; and the show’s autonomous servicing robots, similar to Marty the Robot who roams the aisles of the Giant Food Stores in the US.

One other first accomplished by The Jetsons, it was the first program broadcasted by ABC in full color. How fitting!

So, who was the mastermind behind creating this TV cartoon classic on futurism—loved by many, old and young? The Hanna-Barbera founders themselves.

American cartoonists and directors William Hanna and Joseph Barbera, of the award-winning Hanna-Barbera duo, developed, directed and produced the first season of The Jetsons along with Gerry Chiniquy and Ken Harris of Warner Brothers Cartoons who joined Hanna-Barbera to help animate In addition to actors George O'Hanlon, Penny Singleton, Janet Waldo and other voice talent. Subsequent seasons and films were directed and produced by numerous talented writers, animators, voice actors, directors and producers from Hollywood at the time while Hanna and Barbera remained executive producers through 1991.

Hanna and Barbera were also the creators of countless other Saturday morning favorites predating cable and streaming, from 1958 through the 1980s, including The Flintstones, Scooby-Doo, Jonny Quest, Super Friends, Fantastic Four, The Smurfs, Yogi Bear and more. In all, the American animation studio produced more than 3,000 30-minute episodes for 150 television animated series, winning seven Academy Awards and eight Emmy Awards, and earning them a prestigious star on the Hollywood Walk of Fame.

In writing the futuristic aspects of The Jetsons, Hanna and Barbera took their depiction very seriously, researching in great depth, including reading books on futurism for inspiration. One book in particular that sparked their thinking and creativity was “1975: And the Changes to Come” by Arnold B. Barach and published January 1, 1962. In his book, Barach writes how the world of the future will look like in 1975 and even includes photos. While his predictions were decades off, many of his foresights were right, such as push-button learning, smart kitchens, translation machines, talking alarm clocks and smart TVs.

The Paleofuture Blog of the Smithsonian magazine names The Jetsons, “the single most important piece of 20th century futurism … that helped define the future.” I couldn’t agree more.

While there are still remaining devices, gadgets and imagined technology of the space-age series not available today, I believe one day they will become realities. If not in our lifetime, in future generations. Isn’t that the point of watching a science fiction show? To escape our own reality, if not for a passing moment, but believe what we are absorbing can one day in the future really happen?

Considering how much the 1960s cartoon series was right with life in the “the future” in regards to technology and automation, let’s circle back in another 10 years on the 70th anniversary of the cartoon classic, September 23, 2032, and let’s see what additional predictions The Jetsons were actually spot on again. At least we will have some good laughs. Until then.

As Waylay’s CMO, Adriana Falco is a high-energy, go-getter marketing executive and strategist with 20-plus years’ experience in all aspects of marketing and in leading the marketing direction for tech companies with a global presence. A founder of two marketing firms, she is a change agent and visionary with a successful track record building marketing infrastructures from the ground up, assessing marketing needs, pinpointing gaps, and nailing what is needed to build brand awareness, increase leads, and strengthen the competitive advantage.

All images are property rights of © Hanna-Barbera Productions.