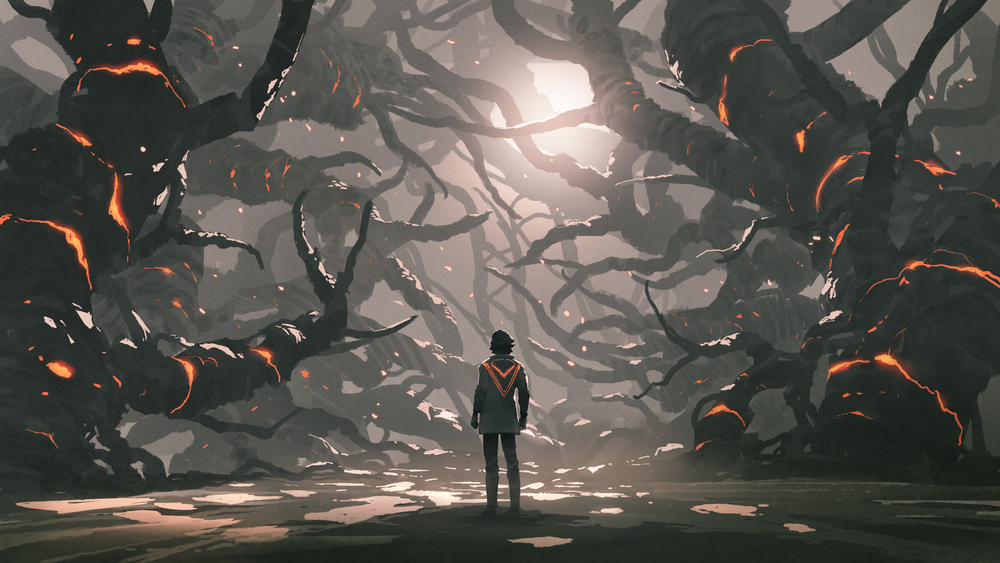 Most enterprises are having a rough time definitively trying to achieve full-blown digital transformation. Simultaneously, the entire software industry is doing a little head scratching, as well, to figure out how to best speed up the transformation.

The reasons why digital transformation projects fail are complex enough to grasp and one explanation may lie in the approach adopted by the tech industry.

As humans, we know what we want to achieve. Our brains tell us anything is doable. But when faced with building the ultimate solution in software, where we need to cope with the heterogeneity of things very quickly, we run into quicksand very fast.

The subsequent cost, time and resource loss, not to mention the impact on organizational confidence, is simply HUGE. For example, it’s not untypical to see $100’s of millions spent on digital transformation projects only to flounder. According to TechTarget, $1 trillion had been invested in digital transformations projects with the Boston Consulting Group estimating at least 70% of these initiatives fell far short of their original goals by March 2021. The problem has become so apparent that it is not unusual for a CEO to dodge analysts questions in earnings calls on Digital Transformation.

So, what is the intrinsic problem? I adapted Pascal Chaumeil’s quote for starters: “It’s always difficult to tell someone when they’re still in love with [something] that I think they’re going in the wrong way.”

I would add to this that throughout my career, I have noticed humans with a passion for building tend to also love three things:1) complexity, 2) originality, and 3) no clock ticking in the background. However, maybe the more important question is rather than building software that fails to fundamentally deal with the complexity of things, why not take a shortcut and focus on the integration of things?

I started my career in the software industry, building network management systems in the 1990’s, followed by cloud software  and IoT platforms and so on. I always accepted that my tried and trusted engineering colleagues always knew best. In all fairness, the engineers did know best but struggled when challenged to ponder the sheer complexity of the computer science challenges they were facing and how things were becoming exponentially complex.

Then, when I joined the board of Waylay, an intriguing automation company based in Ghent, Belgium, I really started to get very curious about ways to solve the mountainous challenges being faced in digital transformation. How was all of this going to work? Not only given the great quantum leap in complexity of business logic modeling required, but also a new methodology in software that could mirror  the aspirations of a human’s creative mind into  solutions that would actually work.

So with that goal in mind, I rubbed my eyes afresh and started looking at automation engines as the panacea to solve digital transformation problems. The metaphor being where you select a good old trustworthy piston engine, which does all of the basics well, then you build your vehicle or digital transformation solution around the most powerful workhorse you can find.

However, I soon discovered the same humans who build software engines had succumbed to the same trap. Namely, when it comes to mirroring what a human wants to achieve in our brains, our capacity to execute was constrained by the way the engines were designed and function. The analogy being from the designers’ perspective, no one ever said a vehicle needs to accelerate from zero to sixty. Even worse, the concept of the automation of business logic first had been completely missed in the original design with a few exceptions.

Does this mean there is no way forward? Yes, if the industry keeps building software with prevailing engines. No, if we think about our “engine” problem in a different way. What does that actually mean?

In the 1980’s and 90’s, computing took a big shift forward with the introduction of operating systems (OS). Therefore, why not look for an automation engine that functions like an OS? One where its role is to orchestrate software workflows from disparate data sources in real-time in unison? An even better one that is built on the basis of the user/designers’ needs, namely low-code and even better no code? This is where a human uses a canvas to intuitively paint out what they want to achieve without any consideration of what is happening in software underneath.

All good so far, but then what about the classic ingredients needed in an automation OS? I think it is an easy-to-use, visual canvas connecting to pre-existing “any-to-any” application/systems of record automating mission-critical workflows and speeding up actions via an ultra-fast rules engine that can scale and adapt with customer’s needs in real-time. Crucially, where the domain knowledge expert can inject their business logic outcome requirements with the drag-and-drop of an icon and build their use case in minutes.

For the data scientists, a real-time automation OS that more specifically enables deployment of low-code orchestration from any system, device or data record to any other system, or even better put a seamless real-time automation of AI, IT, OT and legacy data lakes — resulting in an incredible end customer experience. Many industry commentators believe there has been a missing link between operations and the massive investment in AI and I believe in automation as well.

Today, the automation industry is in full flight with Uipath, Automation Anywhere and other robotic process automation (RPA) software companies where “hyperautomation” is the new buzzword. An entire new generation of automation technologies are appearing in the market with RPA being the most common for solving simpler digital transformation problems.

The nut that has not yet been cracked until now is an automation engine built for Formula One, one where all your investment in software applications even your legacy systems are preserved such that digital transformation becomes a simpler integration of things capable to address the needs of very sophisticated operations in industrial, energy, telecoms and financial services markets.

Finally, the upside for enterprises is going to be mega on many fronts. However, as the world braces for a very tough economic backdrop, the biggest win to focus on is the enormous savings that will be reaped from automation at a time of record software skills shortages globally. Other target metrics to look for from an Automation OS are: 10x faster time to market, 100x less code, 15x less development time and up to 20x lesser operating expenses (OPEX) and capital expenditures (CAPEX) cost savings. And finally, break-even ROI within nine months or less.